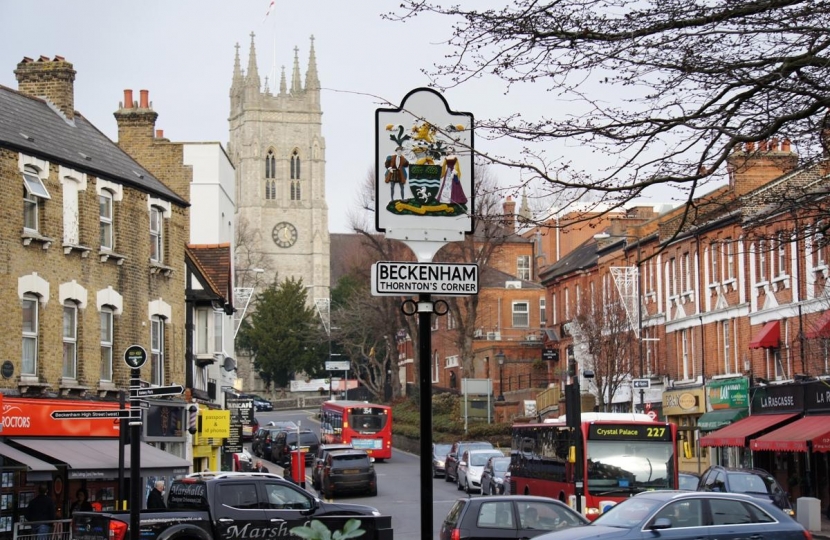 The exquisite 15 by 5-foot fabric lace (pictured) was gifted to the former borough of Beckenham in 1947 to mark the heroic sacrifices of “The Few” who courageously defended London during the Battle of Britain but has recently been in storage.

Seven squadrons of brave Biggin-Hill based airmen repelled Nazi attacks in the hard-fought aerial battle in the skies over Southern England during the summer of 1940.

The beautifully designed lace depicts Spitfires and Hurricanes in combat as well as urban and country scenes framed by the badges and national flowers of allied air forces.

The lace was originally displayed in Beckenham Town Hall but was moved to the Biggin Hill Officers mess in the 1970s. Following the more recent closure of the officer’s mess, the lace has been in the custody of Bromley Council with display in Bromley Central Library under consideration. Councillor Wells has welcomed the plans to return the lace to public display citing but, has also suggested that Beckenham Public Halls could also be considered as a home for the lace,

once refurbishments are complete.

Councillor Stephen Wells, whose father served as a Radar Specialist at Biggin Bill during the Battle of Britain said:

“The lace is a beautiful and fitting tribute to the sacrifices of Beckenham’s Battle of Britain Veterans. I welcome the plans for its public display in Bromley’s Central Library, however I hope that the Council will also consider displaying the in Beckenham as was the original intention of the gift. Once the refurbishments of the Public Halls in Beckenham are complete this could be an idea home for the lace”.

“Putting the lace back onto public display would be a fitting tribute to the sacrifices of our Battle of Britain Veterans. This unique piece of memorabilia should be enjoyed by all Beckenham residents.”

Picture: The beautifully decorated Battle of Britain lace panel gifted to Beckenham in 1947.