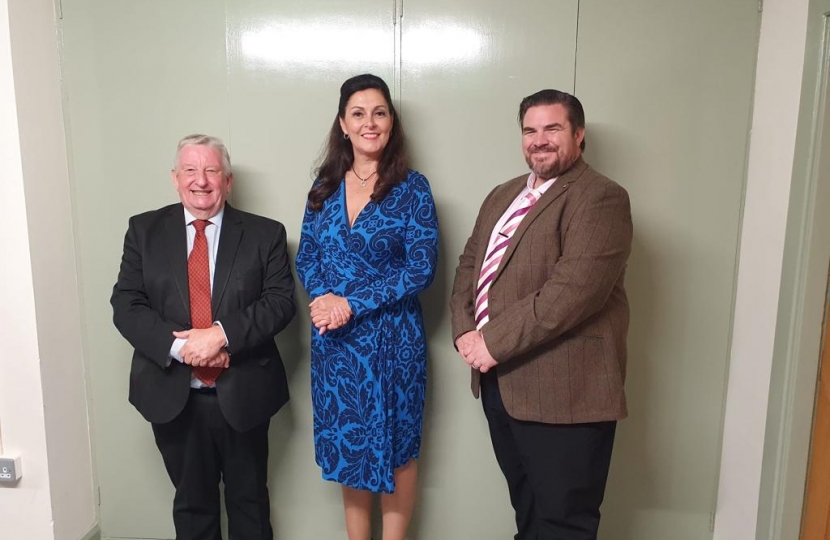 Members of the Beckenham Conservatives West Wickham ward branch have voted to re-select local councillors Nicholas Bennett, Mark Brock and Hannah Gray as the Conservative Candidates for the ward ahead of the council elections in May 2022.

Due to changes to the ward boundaries taking affect at the election there are minor changes to the make up of West Wickham ward, with Barnfield Wood Road and Red Lodge Road moving into Shortlands & Langley Park ward.

Nicholas has represented West Wickham since 2006, Hannah since 2014 and Mark since 2018. Both Nicholas and Hannah have served as Mayor of Bromley since the last elections in 2018.

Speaking on behalf of the team, Mark Brock said:

"We are grateful to the local members for re-adopting us as the Conservative Candidates for West Wickham. We are really excited for the campaign ahead and making a positive case for why local people should re-elect us next year.

Together as a team we have a built a track record of action in the ward, providing West Wickham with a strong voice in the town hall. However we will never take the support of local people for granted so will be working hard for every vote at this election".