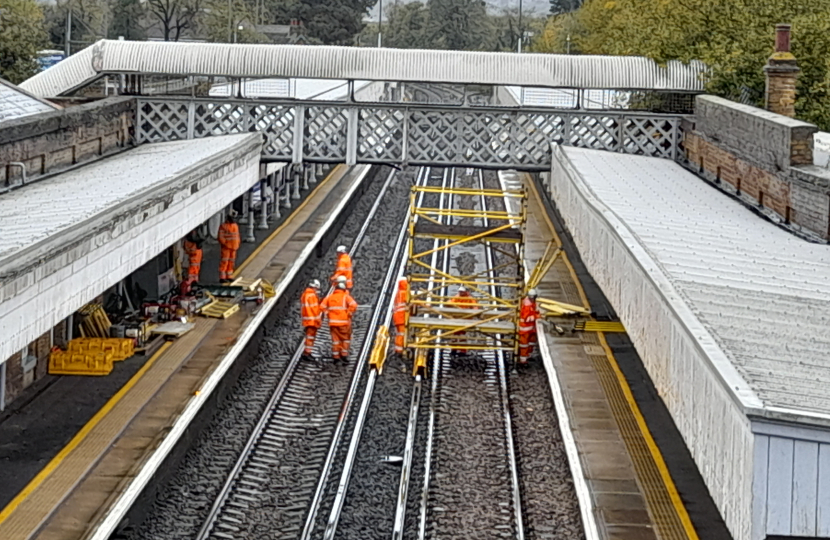 The closure for renovation of the passenger footbridge, connecting platforms at Beckenham Junction, is now in its 10th month.  With no temporary footbridge provided, passengers have to take a 5-minute walk along narrow pavements on the busy High Street road bridge to get to the other side.

“The delay to this work with no update or communication from Network Rail has been unacceptable.  It is a failure of project planning and a failure of holding the contractor to account.”

Councillor Tickner also challenged Network Rail directly at a meeting of Bromley Council's Public Transport Liaison Group, where Network Rail’s representative claimed the delay to works was due to a contractor dispute.  The frame of the footbridge is remaining in place while the floor and stair treads are being renewed.

Bob Stewart also submitted a written question to the Secretary of State for Transport asking for his intervention to speed up the process. Network Rail have now apologised for the length of time taken to complete the work and said they are expecting to complete the work between Christmas and New Year.

“We have had to challenge Network Rail in various different forums to get this information. Everyone can appreciate that the work needs to be completed safely, but this does not explain why there has been massive inconvenience to passengers for such a long time and zero communication from Network Rail."

"I'm pleased to see that Network Rail have listened to local people and have set a timetable for work to be completed.  I know this will make a huge difference to residents and commuters in and around Beckenham."