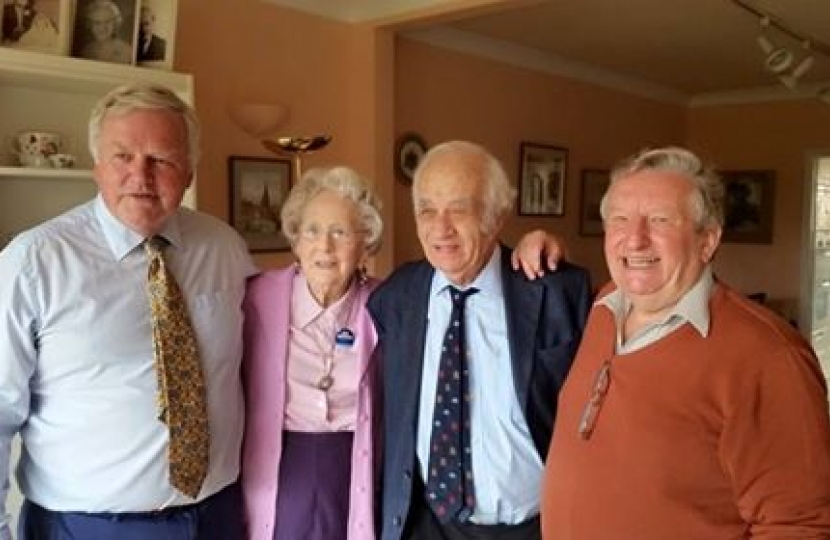 Sir Philip Goodhart who died aged 89 on the 5th July represented the Beckenham Constituency on the ‘old’ pre-2010 boundaries from 1957 to 1992.

Sir Philip’s family were American and they settled in England before the war. He studied at Cambridge University and then embarked on a career as a journalist and financial correspondent working for both the Daily Telegraph and the Sunday Times. In 1957 he was elected MP for Beckenham at a by-election and then served the constituency for thirty five years.

He had a wide range of political interests from foreign affairs and defence to consumer rights and railway safety and was regarded by political commentators as thoughtful and independent MP.

Sir Philip was married to Valerie and they had seven children. They were a devoted couple and he was devastated by her death last year.

Although he ceased to be Beckenham’s MP over twenty years ago, he remained in touch, supporting social events and helping with elections.  This year true to form he came to help Bob Stewart MP's General Election campaign. He is shown in the photograph above on his last visit in May, with Bob Stewart, longstanding Beckenham Conservative party stalwart, Joy Harris OBE and Cllr Nicholas Bennett.

We will always remember Sir Philip as a lovely charming man and he will be missed by all his friends in Beckenham.

Bob Stewart MP has made his personal tribute to Sir Philip here:

Links to obituaries by major newspaper are shown here: