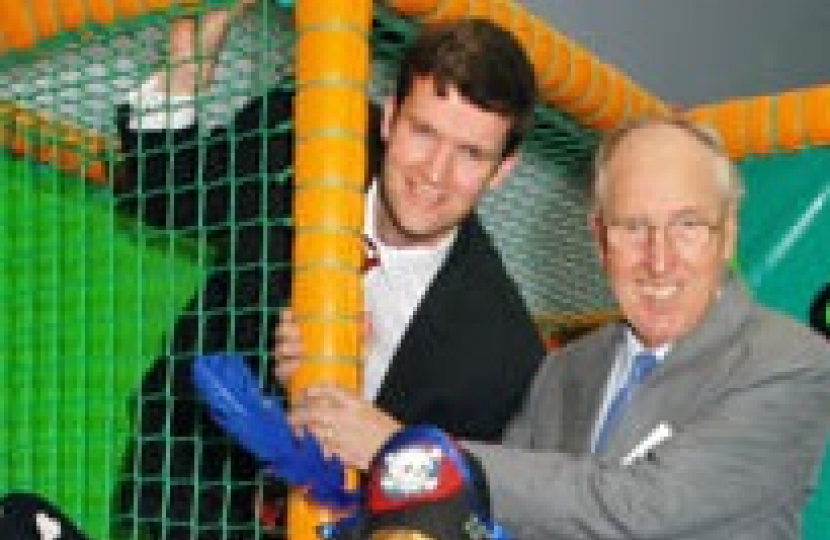 Beckenham Conservatives have been paying tribute to Honorary Alderman Dennis Barkway, CBE who sadly passed away on 17th October 2022. Dennis represented Hayes on the Council for thirty years and was Leader of the Council twice for a combined period of nineteen years.

First elected to represent Keston & Hayes Ward in 1968 until 1978, he represented the new Hayes Ward from 1978 until 1998. During his time on the Council, he twice served as Leader of the Council (and Conservative Group) for a combined period of nineteen years between 1972 -1976 and 1981-1996, making Dennis the longest serving Council Leader to date. He retired from the council at the 1998 Bromley Council Elections.

As Leader of the Conservatives on the Council he led the group to victory in five Council elections. He also served as Vice-Chair of the London Boroughs Association and also the London Co-ordinating Committee.

The old Bromley High Street had been an accident hot-spot for many years, and his work to create the Kentish Way relief road and the Glades shopping centre with a pedestrianised high street revolutionised Bromley town centre.

Dennis led the UK’s first social housing transfer, setting up Broomleigh Housing Association to take over the Borough’s council housing.  This delighted tenants as their rents were lower than they would have been under Council control and property issues were better managed.  The transfer also raised a huge sum for the Council to invest, and the interest earned from it has been keeping Bromley’s council tax one of the lowest in outer London.

Dennis was Leader when Bromley challenged Ken Livingstone, then Leader of the Greater London Council, over the plan to have Bromley residents subsidise the tube network.  There were no tube lines in Bromley Borough and, in a famous “Fares Fair” high court case, the judgment was won by Bromley with costs awarded, and the illegal subsidy scheme was stopped.

Dennis was also instrumental in setting up MyTime Leisure to take over running the Council’s swimming pools, gyms and sports facilities, including two public golf courses.  Applying Conservative principles, huge savings were made for Bromley taxpayers by running services more efficiently and without closing facilities.

Dennis also Chaired or served as a trustee of several charities or groups such as the London Pension Fund Authority, the London Channel Tunnel Group and the London Research Centre. Outside of politics Dennis enjoyed a successful career in the City of London as an investment Manager.

"Dennis is greatly missed by all who had the pleasure to know and work alongside him. Dennis left a legacy of achievement and made a real difference to the lives of local people. He left huge boots to fill for those who served after him. He tenacious work as a Councillor, as Leader and with various charities was at the core of everything Dennis stood for."

"Saddened to hear of the passing of Dennis Barkway CBE. Two time Leader of Bromley Council, he was also a former councillor for Hayes - I remember him taking me for lunch and providing some firm advice. He seemed a kind and wise soul. RIP Dennis."

A celebration of Dennis’s life was held at Bromley Common Methodist Church, Bloomfield Road, Bromley Common on 9th November 2022 and donations are invited to Bromley Youth Music Trust, which he founded when Education Departments ceased providing music tuition.  The Bromley Youth Music Trust now has an international reputation for excellence and provides music coaching for children at all levels and across several music genres.