Mark Brock is a West Wickham resident who lives in Pickhurst Rise with his wife and two young children. Mark’s children go to primary school locally and attend swimming lessons at West Wickham Leisure Centre. Mark is currently a Retail Account Manager for a multi-national company and has worked in this sector for the past decade. Before this he was the owner of a Bromley Driving School for ten years. In his spare time Mark is a member of the West Wickham Safer Neighbourhood Panel, whose job it is to advise the West Wickham ward Police team about local community crime and disorder concerns, which then enables the ward Police team to decide promises and priorities which are intended to match community concerns. Being a West Wickham resident and parent, Mark cares deeply about the future of the ward, now and for future generations.

Plans for new Library and homes in West Wickham

Bromley Council is proposing to build a new library incorporating part of the existing building in the new design. 26 new homes will be built on the Station Road car park behind the library. A temporary library will be opened whilst construction is underway. An exhibition of the proposed development is on display in the Library until Saturday July 31st. 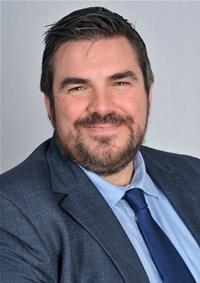