Conservative councillors in Hayes & Coney Hall, West Wickham and Kelsey & Eden Park wards have welcomed news from Southeastern Railways that the off-peak services to Charing Cross will be resuming from September.

The Hayes line runs between Hayes and Central London serving West Wickham, Eden Park, Elmers End, Clock House and New Beckenham in the Borough of Bromley. Local Conservatives have been campaigning for rail services to be restored as the country emerges from lockdown.

In a response to Bob Stewart MP, Southeastern Railway have confirmed that “We will be shortly announcing a timetable change in September, which will see targeted increases in capacity and frequency on routes where passenger numbers are expected to increase beyond our current service level. In London this will include longer trains on the Hayes and Bexleyheath lines at certain times of day … and the reintroduction of off-peak services to Charing Cross on the Hayes line. The next timetable change is planned for December, when we are expecting to make further targeted increases to capacity and frequency, but these plans have not yet been finalised.”

“I am delighted to see that off peak services to Charing Cross will be returning to the Hayes line in September. With employers being encourages to offer flexible working hours it is important that train services reflect this. People need to have confidence in the safety in the network as they return to their commutes and reinstating services is a big step towards achieving this”. 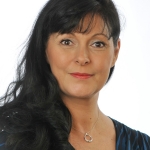 Hannah Gray has been proud to represent West Wickham as a ward councillor since 2014.  She grew up in East Sussex and moved to South London over 20 years ago whilst study Singing at Trinity College of Music ultimately becoming a professional Opera Singing and TV presenter. Hannah feels passionately about giving something back to the community; particularly protecting the environment along with supporting the young and the elderly within our community. She has spent time on the Care Services PDS committee, is currently on Public Protection and Safety as well as the Fostering/Adoption Panel and was delighted to be appointed Executive Assistant to Cllr Morgan portfolio holder for Renewal and Recreation.