Christine Harris has represented Kelsey & Eden Park ward since December 2018, being elected in a by-election. She set up her own Accountancy business at home working around family commitments. She has always been hugely involved in the local community including 17 years as a Parent Governor and Officer of various PTA committees.

Christine chaired her local Residents Association for 16 years, where she was involved dealing with local planning issues. Christine stepped down as Chair in May 2021 after becoming Vice-Chair the Council's Plan 1 Sub-Committee, however, Christine remains on the Associations Management committee. Christine is also a member of the Friends of Kelsey Park and the Friends of Croydon Road Recreation Ground and regularly attends their committee meetings as well as supporting the events these groups organise across the community.

Christine came to London from Scotland to work in Chartered Accountancy. In her Accountancy position she became Group Chief Accountant in the Sunley Turriff Group , where she stayed for 10 years. She believes that the Conservatives are the only party which can effectively provide a safe, secure environment and an economically sound country.

Beckenham councillor, Chrsitine Harris, has urged people across Bromley who are eligible for the flu jab to get one this winter, as the Government launches its drive to vaccine 30 million people 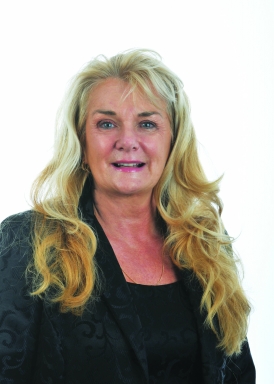